Save 10% off all stock with offer code SUMMERSAVER 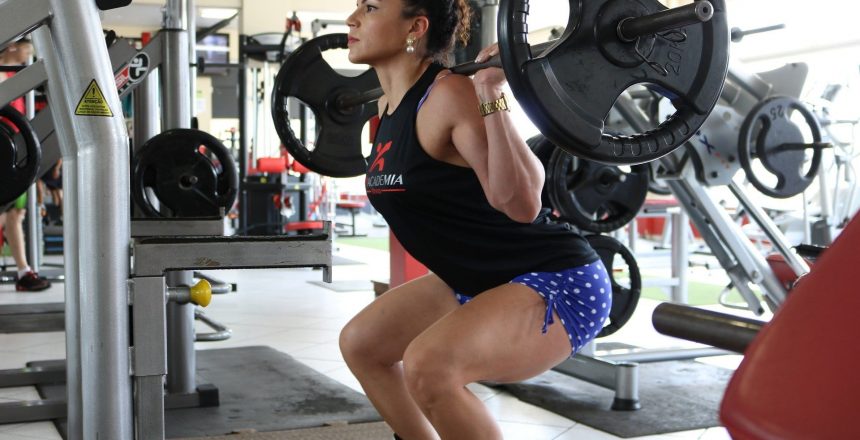 Whether you’re just starting out with barbells or you’ve been using them for a while, you may be confused about the different types of weight plates available. Two of the most common are Olympic plates and bumper plates. So what’s the difference between them, and which is best for your workout?

You’ll find both bumper plates and Olympic plates at Pinnacle Fitness. Here’s what you need to know about both so you can decide which is best for your commercial gym or home gym.

What Are Olympic Plates?

Olympic plates are classic weightlifting plates. They are used by professional bodybuilders in competitions along with Olympic bars, hence the name. However, they are also used in gyms, typically by people who are more serious about weightlifting.

They have a classic appearance and are usually made from cast iron. They also have 2-inch holes because they need to fit Olympic bars, which have a 2-inch diameter. They are also quite slim, making them easy to stack on a barbell.

Olympic weights are high-quality products that are durable and long-lasting. They are also precision tested to make sure their weights are exact. This way, you know exactly how much you are lifting, which is important if you take weightlifting seriously.

What Are Bumper Plates?

Bumper plates are a variation on Olympic plates. They attach to the end of a barbell and are used for weightlifting in the same way, and they are often used with Olympic bars. However, there are some key differences between the two.

The most important difference is that bumper plates are covered in rubber. While they are often made from steel, they have a rubber layer covering them.

The main purpose of this rubber is to provide protection when they are dropped. The softer rubber protects the weight plate itself, but also the gym flooring and surrounding equipment, reducing damage caused by impacts. If you drop a cast iron Olympic plate onto the floor, it could cause more damage.

The rubber is often coloured according to the weights, which not only looks attractive but also makes it easy to locate the correct weight.

They are often called non-standard Olympic plates because their circumference is less than normal Olympic plates. They also have grips cut into them, so they are easier to lift and rack.

Olympic plates have a classic look to them, which can make them more enjoyable to use. They come in heavier weights compared to standard weight plates, and they will last many years and are therefore an excellent long-term investment. Their slim design also means they can be stacked easily and take up less space.

Bumper plates are a great option when you are concerned about damaging the floor or equipment by dropping the weights, whether being used by beginners or more experienced weightlifters.

They are also ideal for quick movements when the weights are moved at speed, which makes them perfect for certain activities like CrossFit. They are incredibly tough and can put up with a lot of punishment too. Because they can be dropped, they are also ideal for exercises like presses and snatches.

Get Both in Your Gym

Of course, you don’t have to choose between them. Most gyms will have a selection of Olympic plates along with bumper plates. Some people may prefer using one over the other, but it’s always good to have both in your gym.

Best Dumbbells to Use at Home in 2022 (Updated)
3 Reasons to Incorporate Kettlebells into Your Workout
Why You Should Consider Buying Life Fitness Equipment
Creating the Perfect Home Gym
Barbells, Dumbbells and Kettlebells: A Guide to Free Weights
Join Waiting List Enter your details below to be amongst the first to know when we get this product back in stock. We require your email address, however phone number is optional.